This tutorial is a basic introduction to use ADAMS and MOA.

WEKA and MOA are powerful tools to perform data mining analysis tasks. Usually, in real applications and professional settings, the data mining processes are complex and consist of several steps. These steps can be seen as a workflow. Instead of implementing a program in JAVA, a professional data miner will build a solution using a workflow, so that it will be much easier to maintain for non-programmer users. 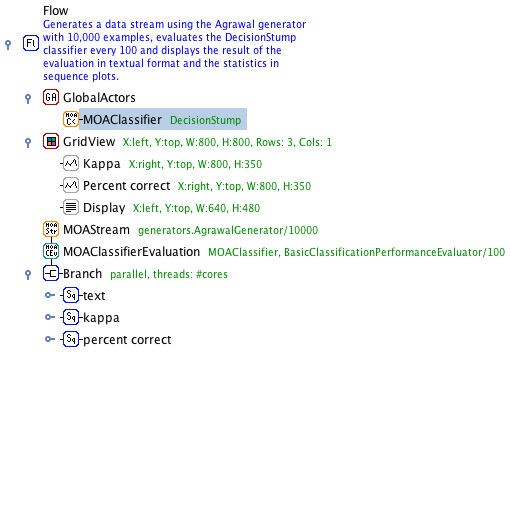 The core of ADAMS is the workflow engine, which follows the philosophy of less is more. Instead of letting the user place operators (or actors in ADAMS terms) on a canvas and then manually connect inputs and outputs, ADAMS uses a tree-like structure. This structure and the control actors define how the data is flowing in the workflow, no explicit connections necessary. The tree-like structure stems from the internal object representation and the nesting of sub-actors within actor-handlers.

We suppose that ADAMS is installed in your system. Start the Flow Editor and load the adams-moa-classifier-evaluation flow. Run the flow. Note that:

Exercise 1 Explain what this workflow does. Discuss why accuracy is increasing and kappa statistic is decreasing. What happens if you replace the decision stump by a Hoeffding Tree? 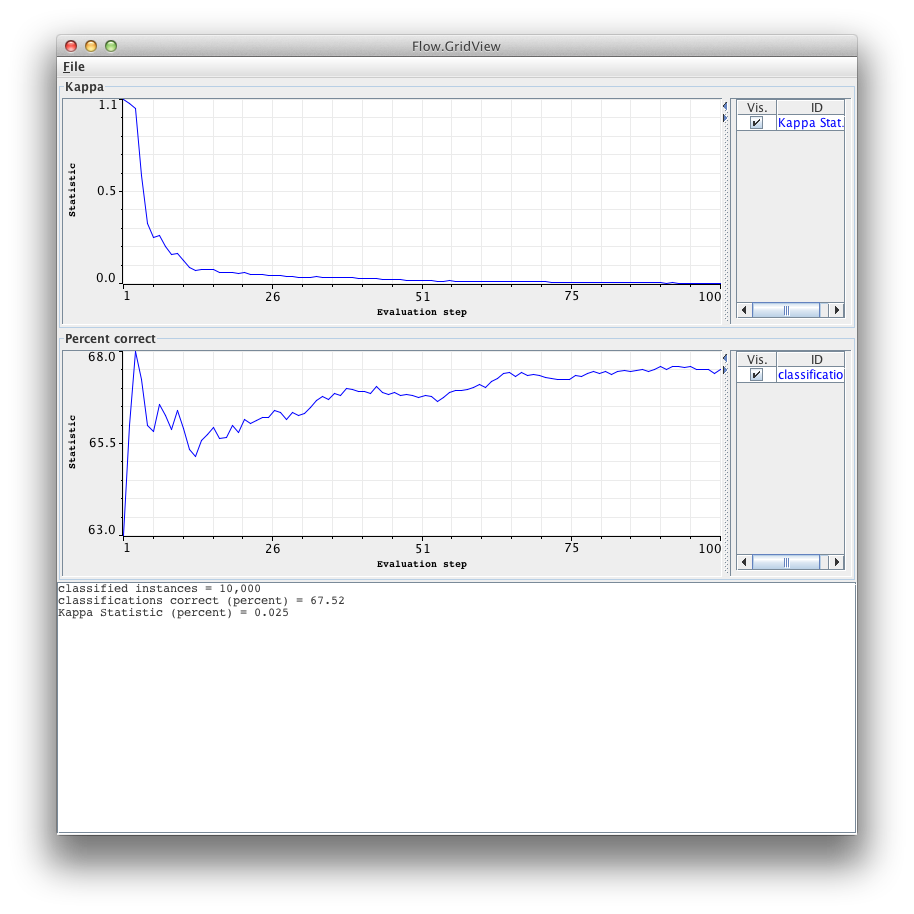 The most significant requirements for a data stream setting are the following: 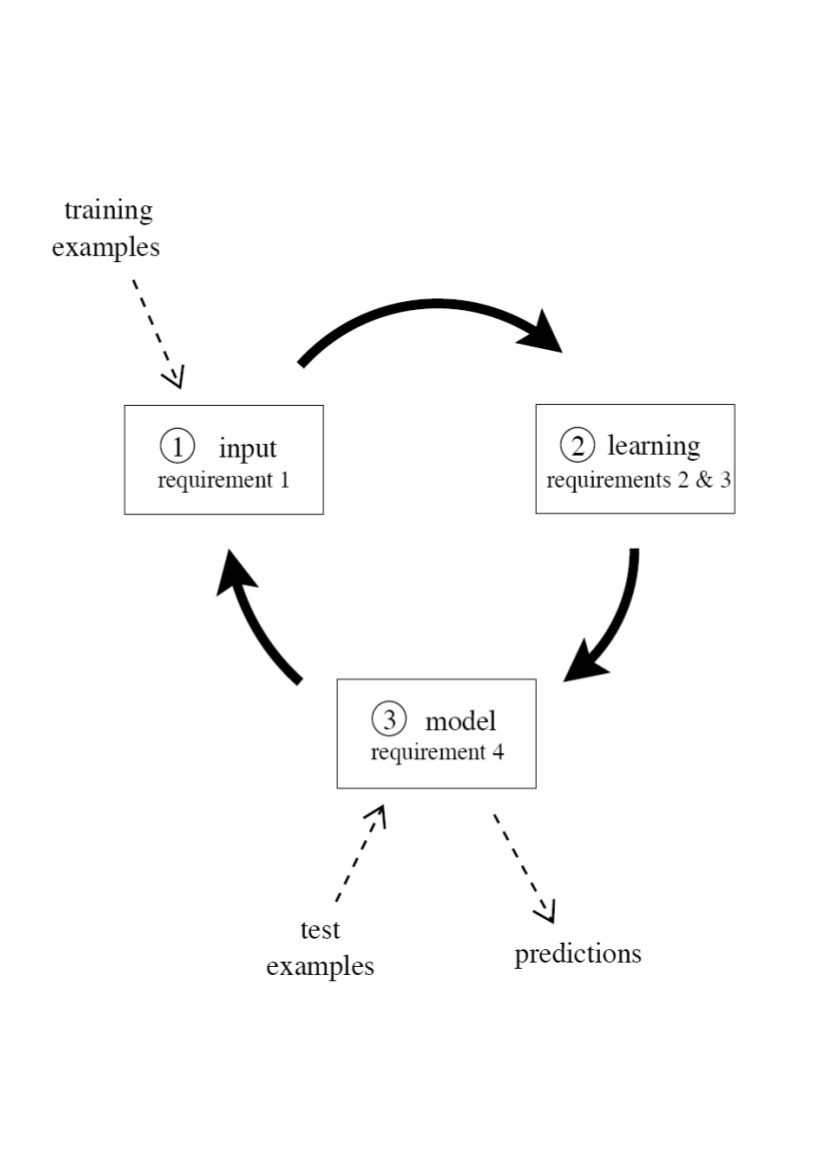 This figure illustrates the typical use of a data stream classification algorithm, and how the requirements fit in a repeating cycle:

In traditional batch learning the problem of limited data is overcome by analyzing and averaging multiple models produced with different random arrangements of training and test data. In the stream setting the problem of (effectively) unlimited data poses different challenges. One solution involves taking snapshots at different times during the induction of a model to see how much the model improves.

When considering what procedure to use in the data stream setting, one of the unique concerns is how to build a picture of accuracy over time. Two main approaches arise:

Holdout evaluation gives a more accurate estimation of the accuracy of the classifier on more recent data. However, it requires recent test data that it is difficult to obtain for real datasets. Gama et al. propose to use a forgetting mechanism for estimating holdout accuracy using prequential accuracy: a sliding window of size w with the most recent observations, or fading factors that weigh observations using a decay factor

. The output of the two mechanisms is very similar (every window of size

may be approximated by some decay factor

As data stream classification is a relatively new field, such evaluation practices are not nearly as well researched and established as they are in the traditional batch setting.

To familiarize yourself with the functions discussed so far, please do the following two exercises, loading and modifying the adams-moa-compare-classifiers flow.

Exercise 2. Compare the accuracy of the Hoeffding Tree with the Naive Bayes classifier, for a RandomTreeGenerator stream of 10,000 instances using Interleaved Test-Then-Train evaluation.

Exercise 3. Compare and discuss the accuracy for the same stream of the previous exercise using two different evaluations with a Hoeffding Tree:

Two streams evolving on time are:

To model concept drift we only have to set up the drift parameter of the stream.

Exercise 4. Compare the accuracy of the Hoeffding Tree with the Naive Bayes classifier, for a RandomRBFGenerator stream of 50,000 instances with speed change of 0,001 using Interleaved Test-Then-Train evaluation.

Exercise 5. Compare the accuracy for the same stream of the previous exercise using three different classifiers: